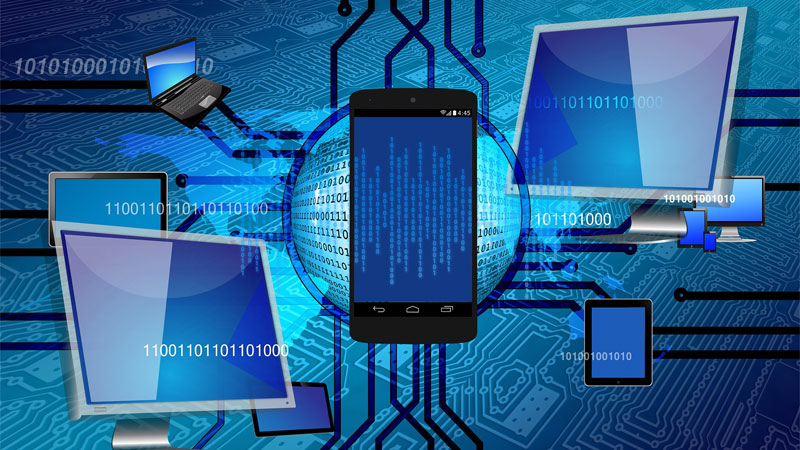 Though the artificial intelligence has not evolved to the point as described in such movies as “Matrix”, “Her”, “Ex-Machina”, and others, a significant progress has been going more rapidly than in past as explained in “The AI Revolution: The Road to Superintelligence.” The article explains about how fast human progress has changed in just the past decade compared to say a hundred or more years ago. It also talks about different categories of AI : ANI – Artificial Narrow Intelligence, AGI – Artificial General Intelligence, ASI – Artificial Superintelligence. Futirism website demonstrates an infographic about different types of AI: purely reactive, limited memory, theory of mind, self-aware.

ANI has been around for a while. The examples are email spam filters, Siri, Google Translate – anything that is good at performing a single task. AGI and ASI are the hardest to develop – for these reasons machines has not yet reached the levels of human brain abilities. Many of you have probably complained how your important emails get into spam box because AI still cannot figure out what is important or not. Google Translate still cannot replace qualified human translators. I also wrote an article about why speech technologies cannot replace professionally trained human captioners and sign language interpreters.

In terms of employment, AI can replace humans to automate certain tasks, but for tasks that require intellect, they cannot replace humans. Daisuke Wakabayashi shares stories of five people – a travel agent, a robotics expert, an engineer, a customer-service representative and a scriptwriter – about how AI helps them and what are its strengths and weaknesses. Raj Dhonota explains why robots won’t replace humans: “Robots will transform how people find problems and revolutionise the way things are currently done, which in turn could increase productivity and help creativity.” Sam DeBrule says who AI enabled technologies will change our jobs and industries: “While some jobs are particularly susceptible to being fully automated and not having any need for a human in the loop, it’s more likely that specific activities will be automated, without taking the rest of the job with it.”

Yuval Harari shares her interesting insights about AI in her interview by Ezra Klein: “Yes, I think the other problem with AI taking over is not the economic problem, but really the problem of meaning — if you don’t have a job anymore and, say, the government provides you with universal basic income or something, the big problem is how do you find meaning in life? What do you do all day? … This idea of humans finding meaning in virtual reality games is actually not a new idea. It’s a very old idea. We have been finding meaning in virtual reality games for thousands of years. We’ve just called it religion until now.”

Harari’s comments remind me of movie “Wall-E” where robots took over humans who were moving on hovering pods, staring at screens, eating junk food, not socializing with each other at all. Even the human captain of the spaceship is controlled by an evil auto pilot. A couple good robots tried to fight against evil robots to help humans remember a purpose in their lives.

This also leads to debates about whether AI is good or bad. Paul Ford discusses in his article about our fear of artificial intelligence that “a true AI might ruin in the world – but that assumes it’s possible at all.” He also mentions concerns of leading scientists and entrepreneurs such as Hawking and Elon Musk about dangers of AI. Musk tweeted: “Hope we’re not just the biological boot loader for digital superintelligence. Unfortunately, that is increasingly probable.” Those concerns led to an open letter about benefits and risks of AI on the website of the Future of Life Institute. Paul Ford concluded his article by saying: “After all, if they develop an artificial intelligence that doesn’t share the best human values, it will mean they weren’t smart enough to control their own creations.”

There’s a long, but very interesting article about Elon Musk’s view on AI titled “Elon Musk’s Billion-Dollar Crusade to Stop the A.I. Apocalypse” by Maureen Dowd. There’s a funny excerpt on Elon Musk’s conversation with Hassabis: “Musk explained that his ultimate goal at SpaceX was the most important project in the world: interplanetary colonization.Hassabis replied that, in fact, he was working on the most important project in the world: developing artificial super-intelligence. Musk countered that this was one reason we needed to colonize Mars—so that we’ll have a bolt-hole if A.I. goes rogue and turns on humanity. Amused, Hassabis said that A.I. would simply follow humans to Mars.” Dowd says that Musk’s crusade against AI “was viewed as Sisyphean at best and Luddite at worst” that led to foundation of OpenAI, a non-profit company to work for safer artificial intelligence. Yet Musk is interested in merging the human brain with AI and is backing a venture called Neuralink.

So is AI good or evil? Does it pose a danger to humanity? It remains to be seen. I personally think that artificial intelligence is a great technology that makes human lives easier, but it may not fully replace human activities for years to come. Of course some precaution needs to be taken to ensure that AI doesn’t take over humans. I only hope that people will not rely so much on technology that they end up like those characters in the “Wall-E” movie.