Why I Relate to Queen Victoria as a Deaf Woman 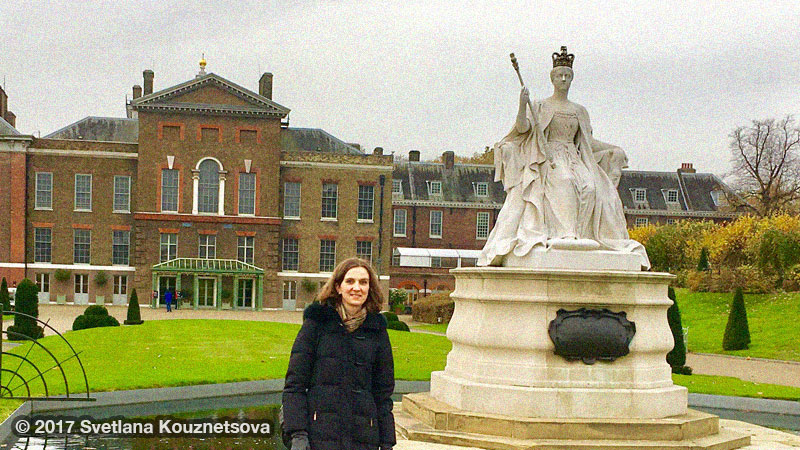 I had heard a lot about Queen Victoria, but didn’t know much about her life until after I took a tour at Kensington Palace during my London visit last year and then started watching “Victoria”, the British TV series. Being a history geek, I got really fascinated by her story. Although the queen lived a couple centuries before me, I saw a lot of myself in her when listening to her story that impacted me in many ways and was as relevant as those of modern women.

Even queens and princesses are not immune from challenges. I learned that Queen Victoria suffered through the Kensington System in her childhood imposed on her by her mother, Duchess of Kent, and her mother’s attendant, Sir John Conroy, who wanted to make the young princess weak and dependent and who later made Victoria distance herself from them when she became a queen. She was isolated and not allowed to go anywhere unattended – even as an young adult. Stubbornness helped Princess Victoria stop her guardians from trying to get in the way of her becoming a queen. Thankfully, her uncle, King William IV, distrusted the Duchess’s capability to be a regent, so he was relieved when Princess Victoria turned eighteen so that he could die in peace which happened less than a month after her 18th birthday.

Becoming a queen was not easy for Victoria – especially because of her young age, gender, and stature (she was barely 5 feet tall). Many people – family members and politicians – questioned her ability to rule the country and the colonies. Victoria didn’t let all those obstacles stop her and lose her confidence. Being stubborn, strong, determined helped her overcome many prejudices against her – especially in the male-dominated institution. Queen Victoria was fortunate to have Lord Melbourne, her first prime minister, as a political mentor during the early years of her reign as a young queen.

Queen Victoria’s husband, Prince Albert, was also a great source of political and emotional support. Although she was matched with him by her Uncle Leopold, their marriage was one of the greatest love matches of all time. The couple did go through some matrimonial challenges – especially when the queen was pregnant and gave a birth. They produced nine children together. In the “Victoria” show, the main character shared her difficulties being a queen, wife, and mother: “To be a queen, I must rule. To be a wife, I must submit.”

Despite all challenges throughout all her life, Victoria turned out to be the longest-reigning monarch in Britain until the current Queen Elizabeth II who surpassed her in 2015. Queen Victoria ruled the British Empire for sixty three years and was served by 20 prime ministers. No wonder why she earned a place as one of history’s most recognized women and her influence is still prevalent today.

How is Queen Victoria relevant to me or other modern women? Stubbornness and determination are the traits that we have in common for sure, haha. While my parents were not as controlling of me as hers were of her, they were still very overprotective of me, especially in my childhood because of my deafness. My family didn’t doubt my abilities, but didn’t have any experience with deaf people before me and believed hearing “specialists” who had a very biased view on deafness and even scared my parents with my bleak future if they don’t follow their advice. So I had to be stubborn and determined from a young age to prove to them and to many other people that I can do anything as a deaf person. I’m grateful for my family’s support and letting me achieve goals (that sounded impossible to them back then) – otherwise I would not have been able to attend regular schools as the only deaf person (where I didn’t have any formal communication access services), to master English as a foreign language, to attend universities in other country than where I was born and in other language than my native Russian, to work with hearing people, and so on. Especially when there were many people who doubted my abilities.

Queen Victoria and I are both women experiencing challenges in the male-dominated world. Her “shortcoming” to others was height and mine is deafness. I was actually surprised, by the way, that I’m a foot taller than her because she sounded so poised to me. While I have never been self-conscious of my deafness in the way Queen Victoria was of her height, I have had experienced many challenges as a deaf person in the hearing world where deafness is still looked down on by many. Like Queen Victoria, I sometimes have moments of self-doubt due to frustrations with some challenges, but I also do not let myself be defeated by them. Learning about her during the palace tour and in the TV show reminds me to keep on pursuing my goals and dreams and not to let others get in the way of them.