My Speaking Engagements of Early 2016 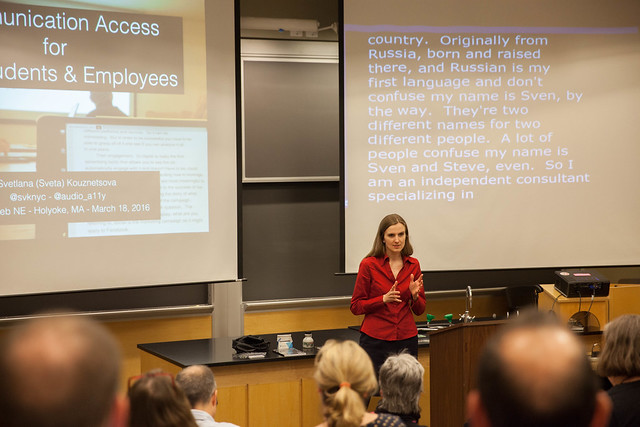 In the past first months of 2016 I gave presentations at major conferences – World IA (Information Architecture) Day 2016, HighEdWeb New England 2016, The Accessible World Conference 2016 – on various topics related to user experience and accessibility. It was not my first year with public speaking – I have been presenting nationwide for 8 years.

Equality Issues at Conferences – Only for Women?

I read Whitney Hess’ article, Equality and Transparency at Conferences, which made me think and want to share several points. I’ve been planning to write about equality for a long time, and now it’s time for me to speak up.

New York Meets Sandy – Before and After

As someone who has lived in the NYC area for many years and gone through events like 9/11 attacks, northeast blackout, NYC transit strike, I have not experienced such a damaging event as the hurricane that happened a week ago. It is the second year in a row that the city was hit by a major hurricane, and this time it caused more damage than last year.